For this reason, many homeowners prefer to hold off putting their home on the market until then.

The question is whether or not that will be a good strategy for 2016.

Are there more homes for sale in Sedona in the spring compared to the rest of the year? The other homes that do come out in the spring represent increased competition for you.

The National Association of Realtors (NAR) recently revealed which months of the year most people list their home. The months in red represent which months most people put their home on the market.

Again, the three months in the second quarter are most active for listings. May, June, and July were the three highest months for Sedona during 2015.

If you are still thinking of selling your Sedona home during spring, here are two graphs that strongly suggest that the time is now. Here is why…

The most recent Existing Home Sales Report from NAR revealed that the inventory of available homes for sale had fallen to 3.9 months. The December inventory of available homes for sale in Sedona was at 6.6 months.

According to research at the NAR, buyer activity last January was three times greater than it was in January 2014.

Home-buyers who are ready, willing and able to buy are in the market at great numbers. What does this mean to you?

Supply is low and the current high demand means that buyers are not waiting until the spring.

They are out there looking for a home right now.

If you are looking to sell this year, waiting until the spring to list your home means you are putting your house on the market at a time when you will have the greatest competition for buyers.

It may make sense to beat that rush of housing inventory to the market and list your home today. 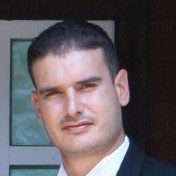 REALTOR in Sedona, Arizona with RE/MAX Sedona. Specializing in Sedona and surrounding communities.

Get updates for free!

Want more great information about buying or selling a home in Sedona?

Search for homes for sale in Sedona and Surrounding Areas.